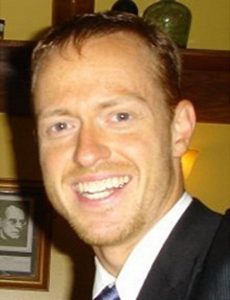 University of Oxford and Sorbonne

Dr. Branden Thornhill-Miller is a university researcher, entrepreneur and consultant.  He was a Lecturer and Director of Studies for Psychology and Psychology, Philosophy at the University of Oxford for many years, where he has more recently been a College Fellow and remains affiliated with several different colleges and faculties.

Branden also is attached to LaPEA, the Sorbonne’s leading laboratory for the study of work psychology, individual differences and creativity. As an Adjunct Professor for Economics and Psychology at the Sorbonne, he teaches research methods and supervises research on decision-making, cognitive bias, and leadership.

Along with AFNOR (the French national standards organization active in areas related to certification and quality assurance in 40 countries), he is one of four co-founders of the International Institute for Competency Development-HR21, whose mission is to be qualitatively disruptive in education and the future of work, serving institutions and organizations by focusing on the expert certification and labelization of institutions, programs, systems and personnel.

He also conducts more entrepreneurial research in technological areas, supervising students from engineering and IT schools like EPITA, ECE and CNAM on web-based projects and disruptive applications of virtual reality.

In addition to his teaching and research Branden works as a consultant and organizational advisor, holding cultural and talent visas that allow him to work in Russia and France.  As Vice President of Omni Art Design he has served as a visual artist and been in charge of strategic planning, IT, and public communications. He has been the creative consultant for major artistic monuments in the US and is Associate Editor of the flagship design research publication, the Journal of Design, Business & Society.  In the past he has also functioned as an engineering innovator for business, as a Legislative Assistant on Capitol Hill, Director of the Inter-religious Dialogue Program for 10 colleges in the Boston area, and as Adjunct Professor at Georgetown University’s McCourt School of Public Policy, and as Visiting Professor of Literature at Beijing University.